After spending a weekend on the east side of the state, it was only fair that we spend some time in the North Cascades. After some research, we once again decided to go with a trail that we had no prior knowledge of, and boy was it a great decision.
The Blue Lake trail is actually in the Okanagen National Forest and not in North Cascades National Park. The great thing about either one: they are right next to each other in the North Cascades mountain range, and they both have a great selection of hikes.

If you’re coming over the cascades though Winthrop, WA, drive west on Highway 20 to milepost 162. The trail-head is 1/2 mile past milepost 162 on the left side of the Highway 20. 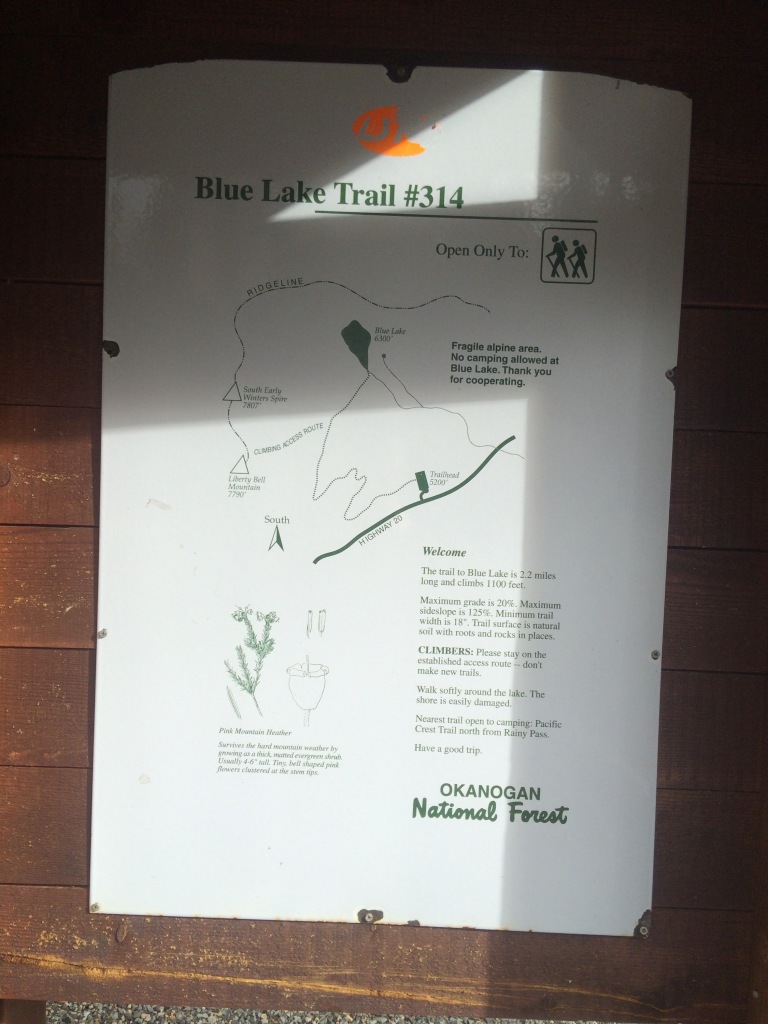 The trail is pretty easy. It’s about 2.2 miles up to Blue Lake. The trail follows the highway for a small portion and then starts heading off into the trees. The trail does go uphill (but it’s a hiking trail… Hiking by definition isn’t supposed to be “easy”), but it’s super manageable.

On the way up to blue lake.

You do gain some noticeable elevation going up. You will go though some rock fields, and if you are going late in the fall, might come across some snow. 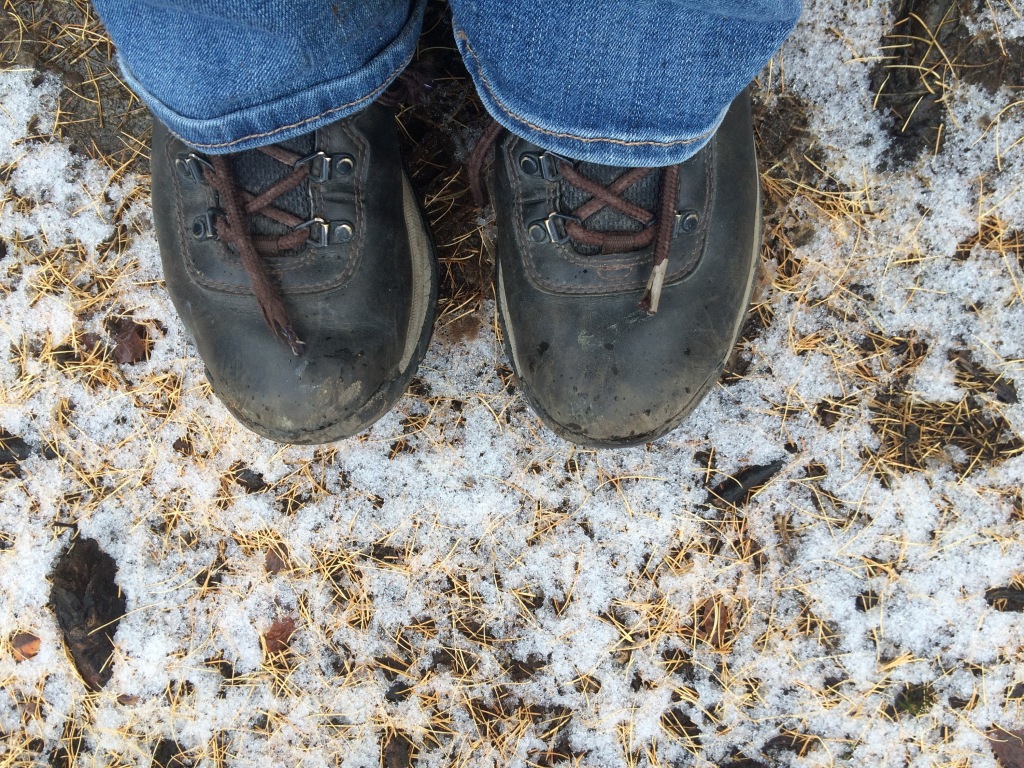 A light dusting of snow along the way.

After about 45-50 minutes, we made it to the fork in the trail that led us to Blue Lake, and it’s name sure doesn’t leave anything out. 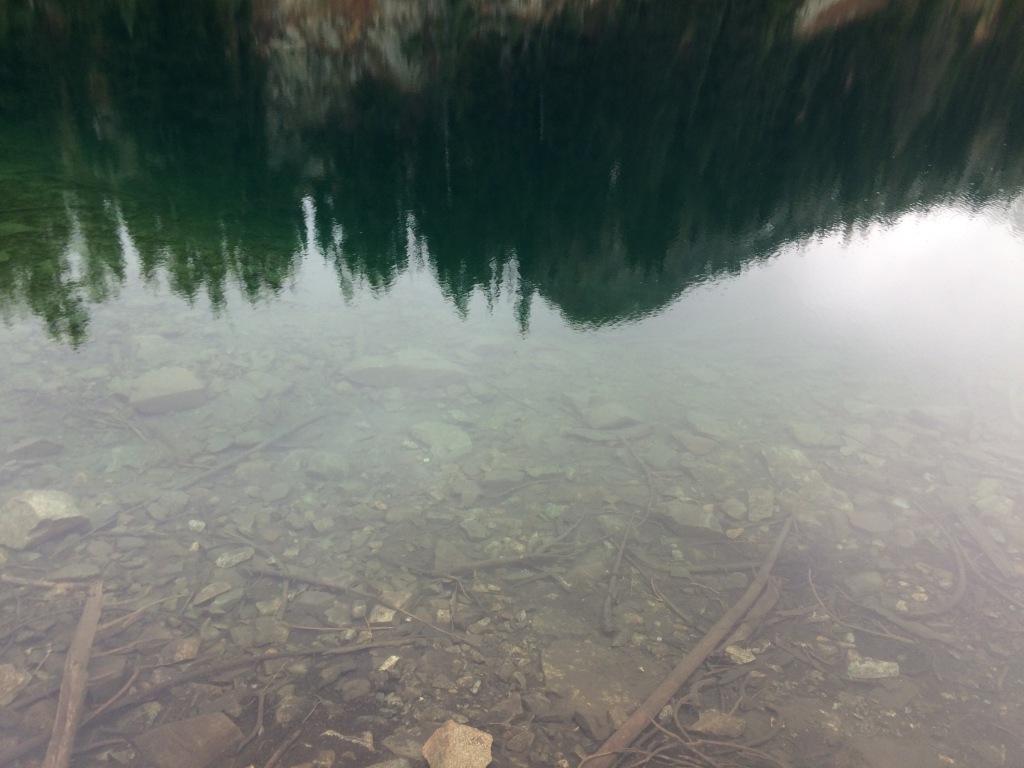 Now you can just turn around from here and go down, or you can continue along the trail to the right. Coming around the corner on that side you will get a perspective of how vertical the cliffs are. While standing and observing this point, we could hear rocks falling and colliding with those below them. Magnificent, yes, but it definitely earned my respect. Let’s just say, we avoided the rock quarry, but we did get a GOOD look at it. 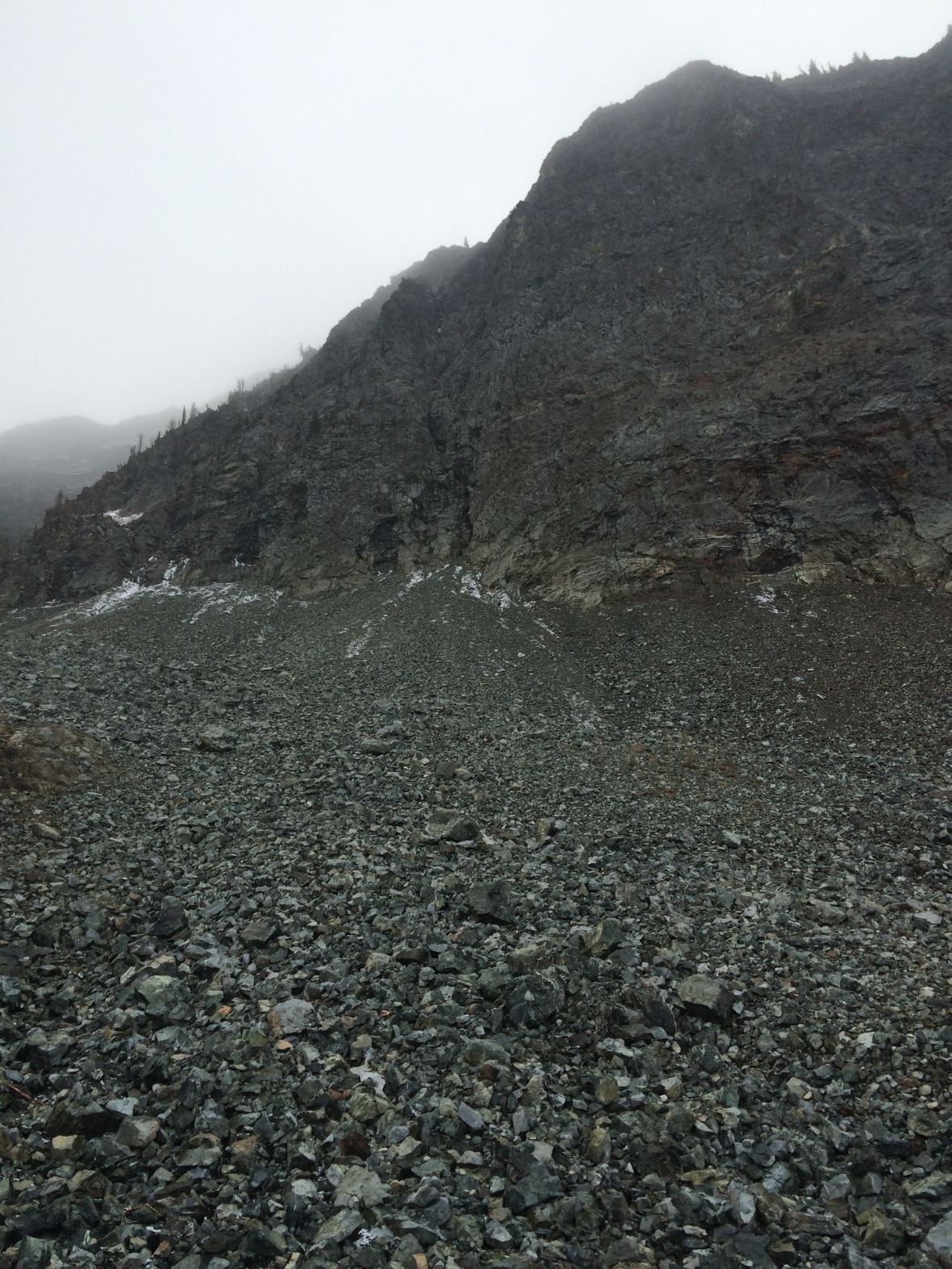 There was also a glorious frozen pond over in this area. The ice was pretty thick, at least enough to take the impact of a pretty good size rock. Very aesthetic. 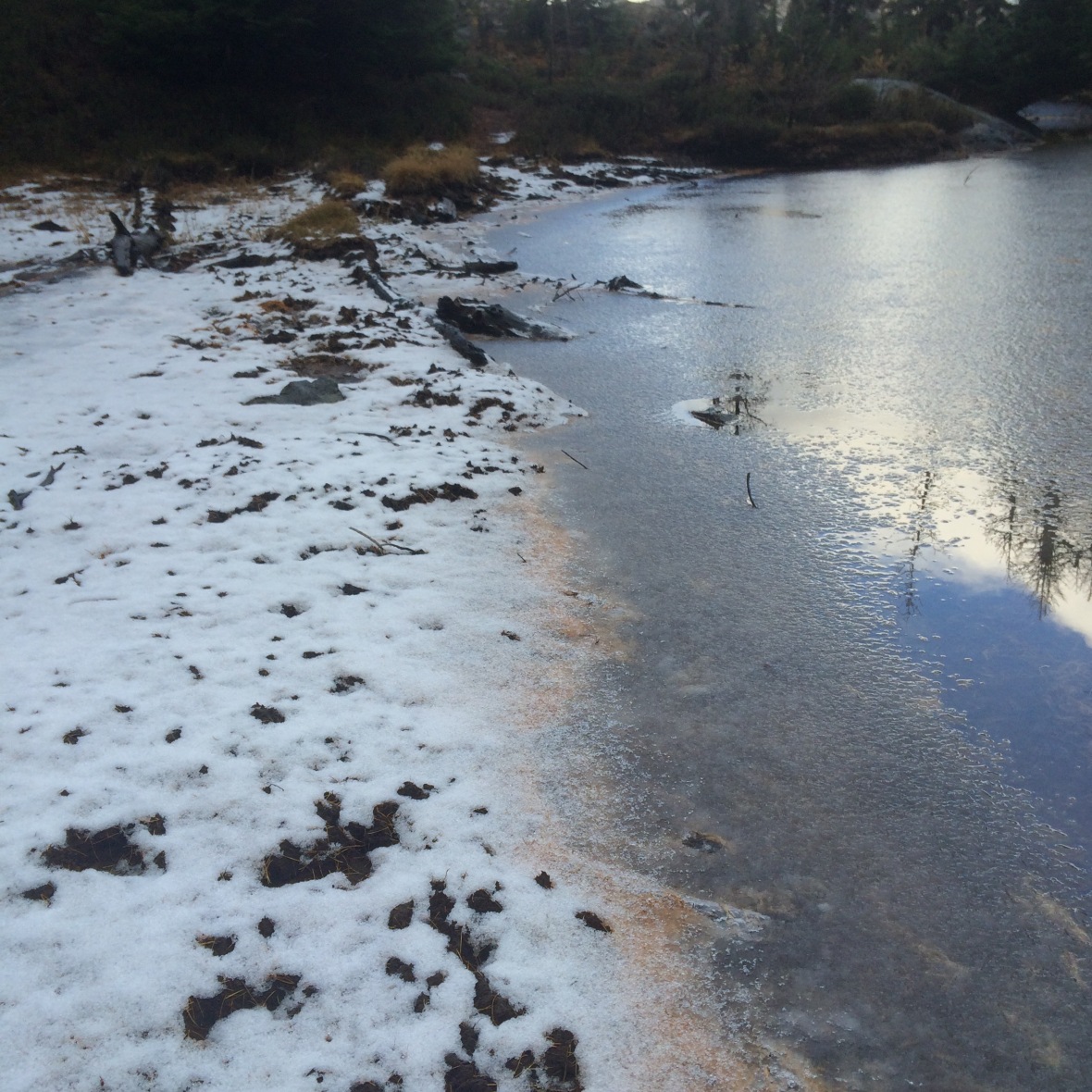 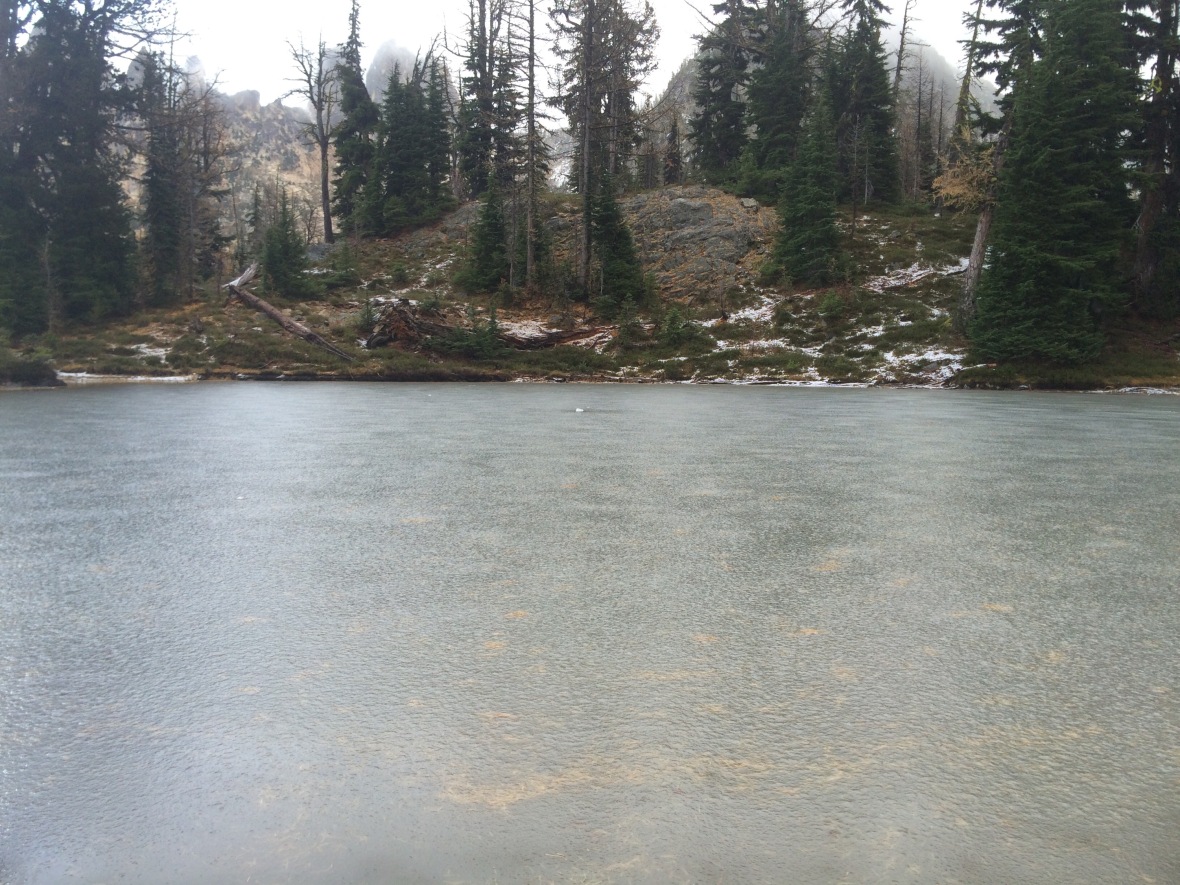 It was now time for the decent. Remember that the trial-head is shaped like a teardrop, and makes it easy to make a wrong turn. Should you find yourself back at Blue Lake again, just turn around and head back to the fork. Make sure you choose to go downhill. 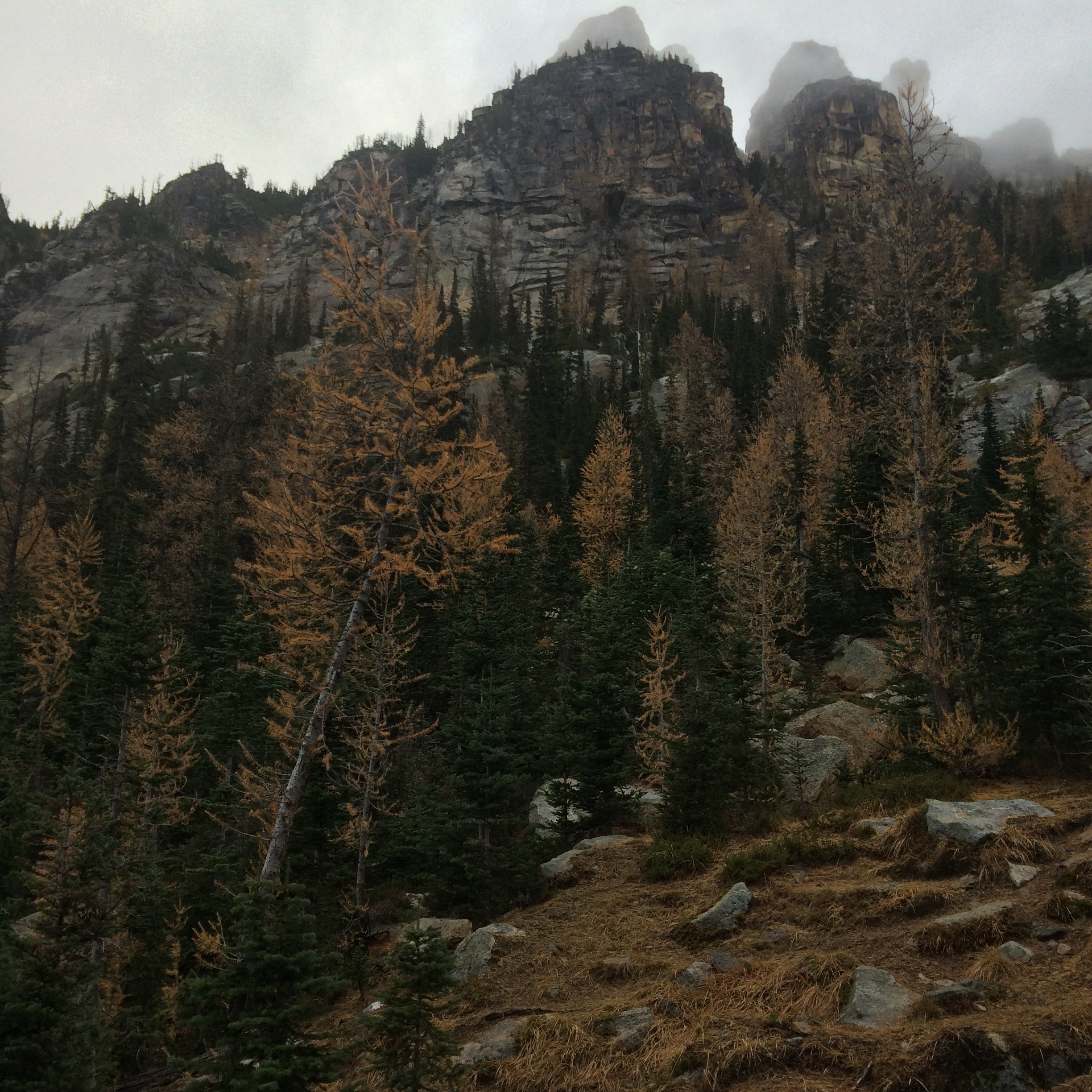 Stunning views of the backside of the Liberty bell.

When you are about 15 minutes from being back to the parking lot there is an area off to your left that looks like a camping area. There are a few old looking fire pits and ground is fairly level. If you go over into this area and look over near the tree line on your left, you’ll see a pond (maybe more of a marsh). If you’re looking to see some birds and potentially other creatures, I think this could be a good spot. 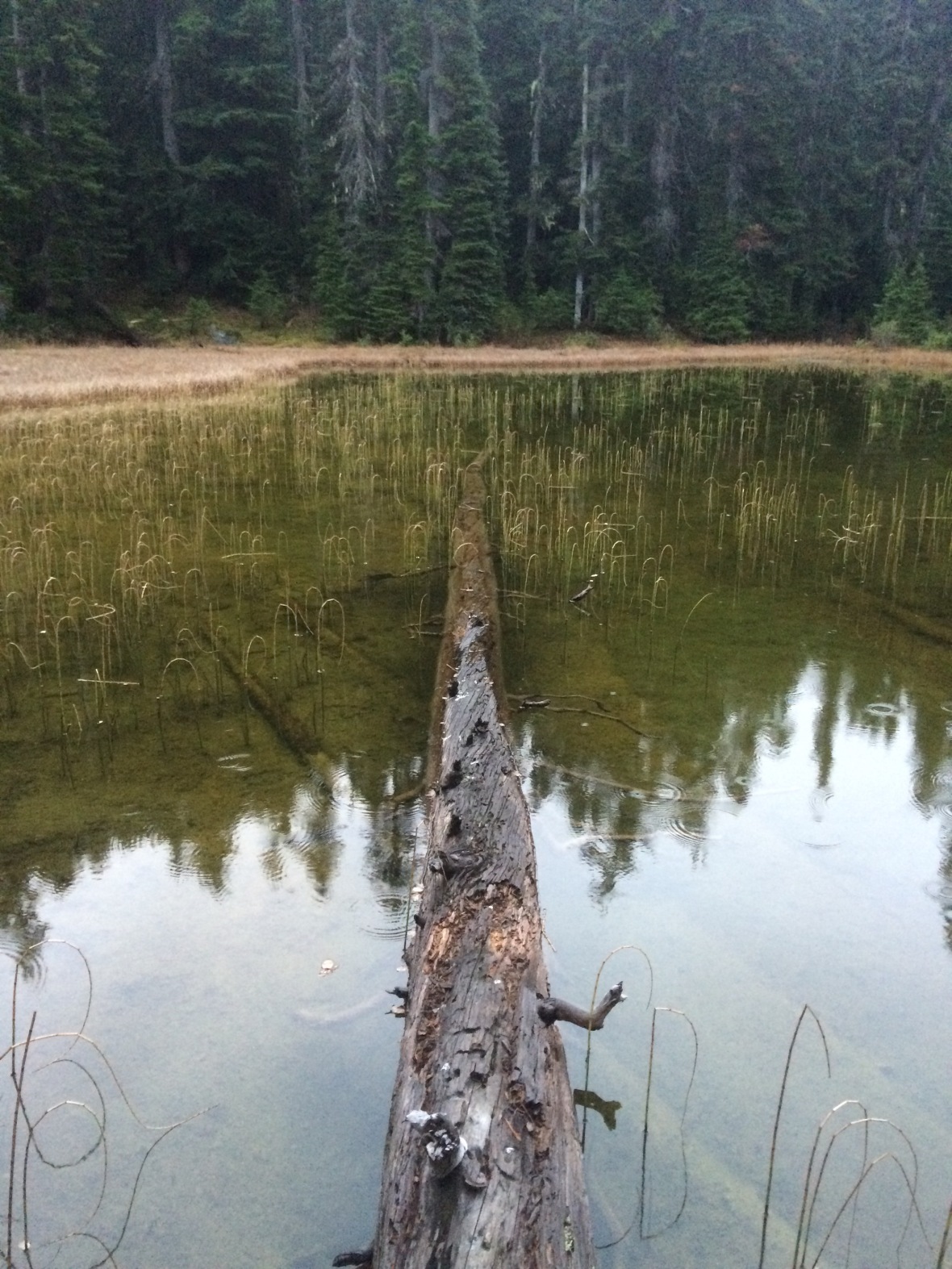 After this pit stop, it was only about 10-15 minutes to the car, and down the road into our rainy sunset we went.

Follow Make Trails With Mack on WordPress.com
Join 1,873 other subscribers