Our morning starting at 6am, with all of us getting our gear together and eating a quick breakfast before heading down the beach to meet our fishing charter! We were going out on the Pacific today! We met with our guides, Nito and Fernando, on the beach, some couple hundred yards from our condo, and in no time, we were motoring off! We headed north, around Culebra Bay. Didn’t do much actual fishing at this point, just trolling behind the boat. We admired all the high class beach resorts, and found ourselves thankful that we had chosen to stay in Playa Hermosa instead of any of the neighboring beaches; especially when we saw cruise ships parked out in the bays. The water was stunningly transparent, and it became clear that puffer-fish are as common as ants in these waters, for we saw schools of them everywhere! 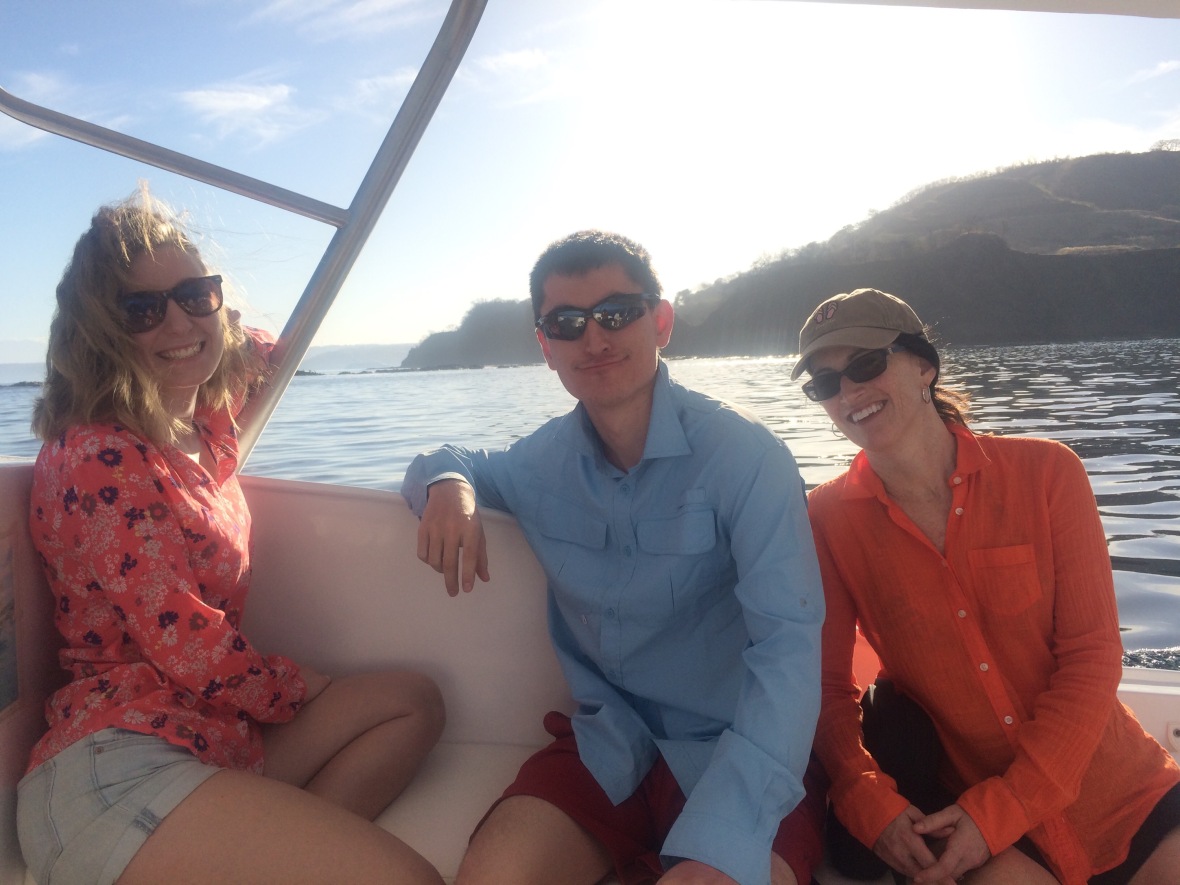 We encountered a couple schools of tuna, breaching out of the water eating shrimp eggs, but when we cast into the mass, had no luck. We went all the way around the bay and over to Monkeyhead Island (aptly named) before landing our first fish: a small grouper caught by Claire (: It didn’t take long before the second, and third fish were landed by Trevor and Dad! This time, they were fish we could keep (and EAT later!): Red Snapper!

Processed with VSCO with lv01 preset

It was not long after the third fish was landed that our guide exclaimed that he had seen a whale spout! We pulled in the lines and went to check it out. For a moment, we lost sight of them. In the following 10-15 minutes, 5 whales repeatedly surfaced and dove: there appearing to be three pretty small, maybe adolescent whales, and two VERY large. What an amazing experience! I’ll upload a video later when I have better connection, but for now, this one makes the point.

After our bout of whale watching, we headed back to the magic red snapper spot, where I too caught one! 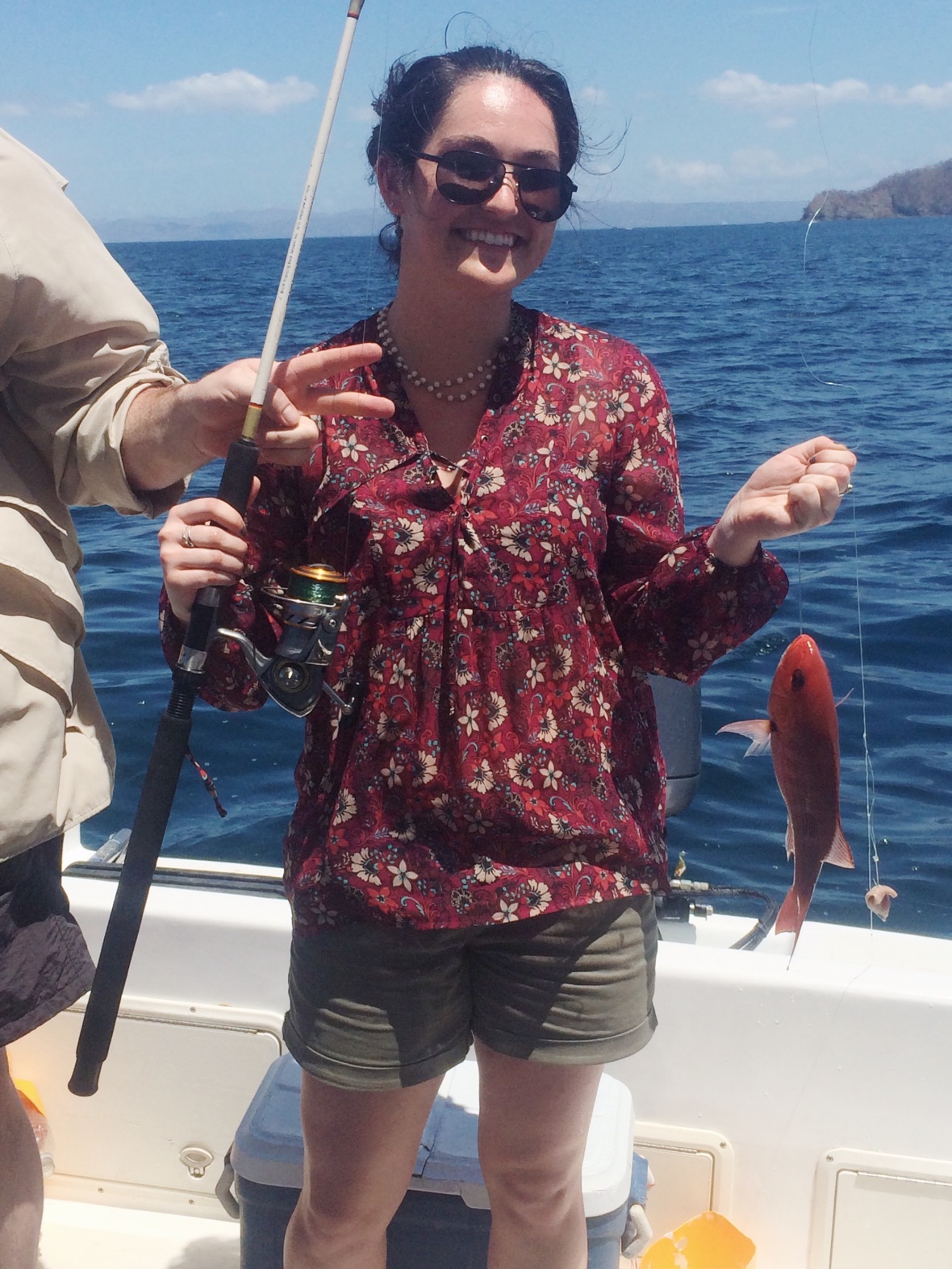 After our fourth fish, it was decided that we should go explore some of the outlying beaches. Our guide knew just the one. We motored around the side of a gorgeous peninsula to a stunning white sand beach. Moments after our arrival, we discovered an ocean cave in need of further investigation. Needless to say, we had fun “spelunking.”

Our guide showed us a short pathway that led us up to the top of an embankment, and let us see the views from above the caves we were just in! Stunning!

We then returned to the boat. Our half-day of fishing turned adventure, a complete success. We returned to Playa Hermosa and were dropped off in front of our condo, where we all took some well deserved siestas (: For dinner, Trevor made us all Blackened Red Snapper, which was muyyy bueno, enjoyed some good conversations, and before long, we all fell into bed for some well earned rest. 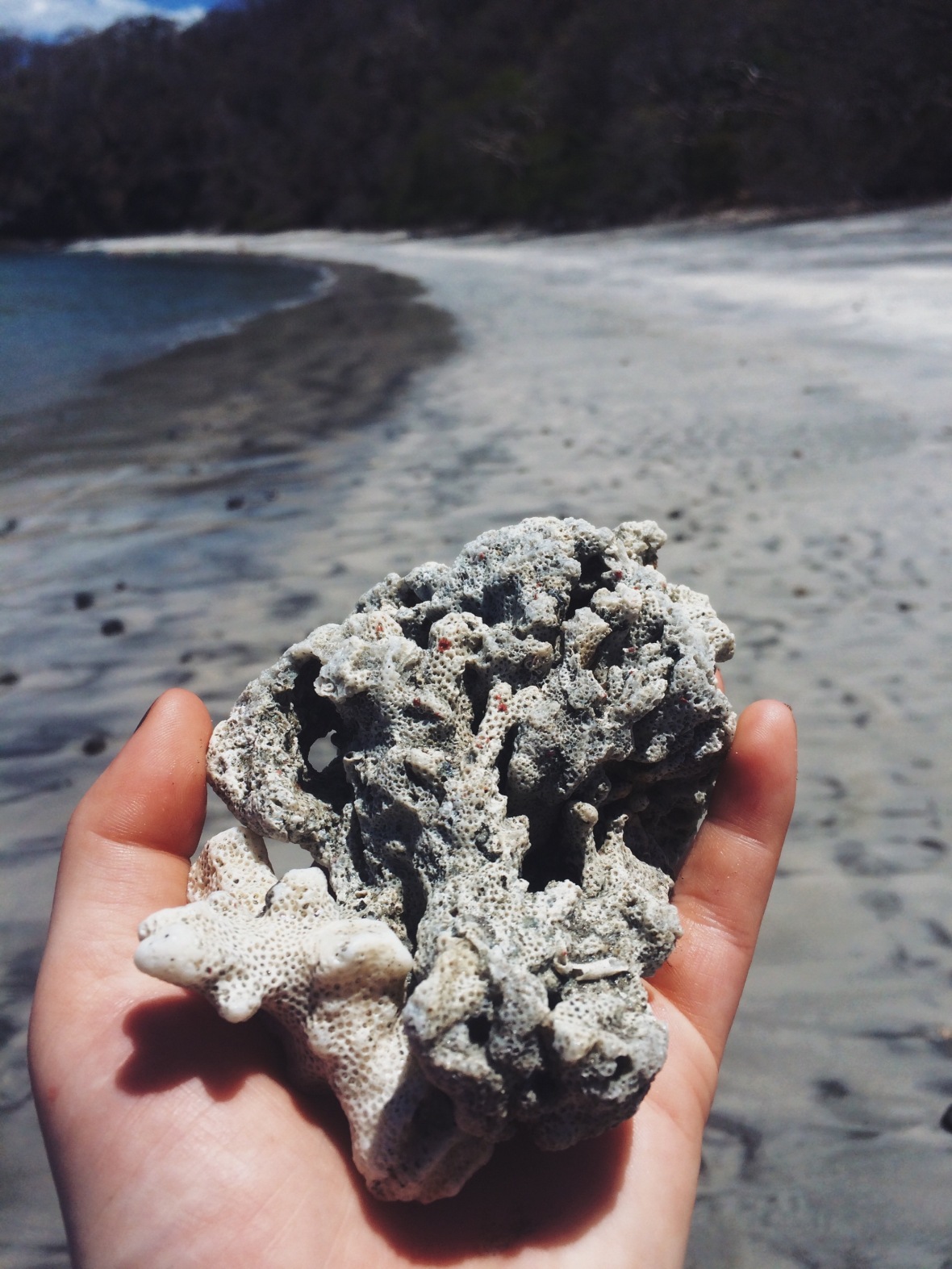