For the first time since we started out bike and barge tour, no waves awoke me in the morning, just the motor as it roared it life. It was later than usual, around 7am, when I headed out of the cabin to the lounge area at the back of the ship.

As we ate breakfast, we got debriefed on what our second tour of the island of Hvar would be like: undulating hills up and across the backbone of the quiet side of the island with 500 vertical meters to gain. Compared to some of the routes this week, it was going to be pretty easy. Once we docked the boat, we got off and prepared our bikes amidst some really cool graffiti. 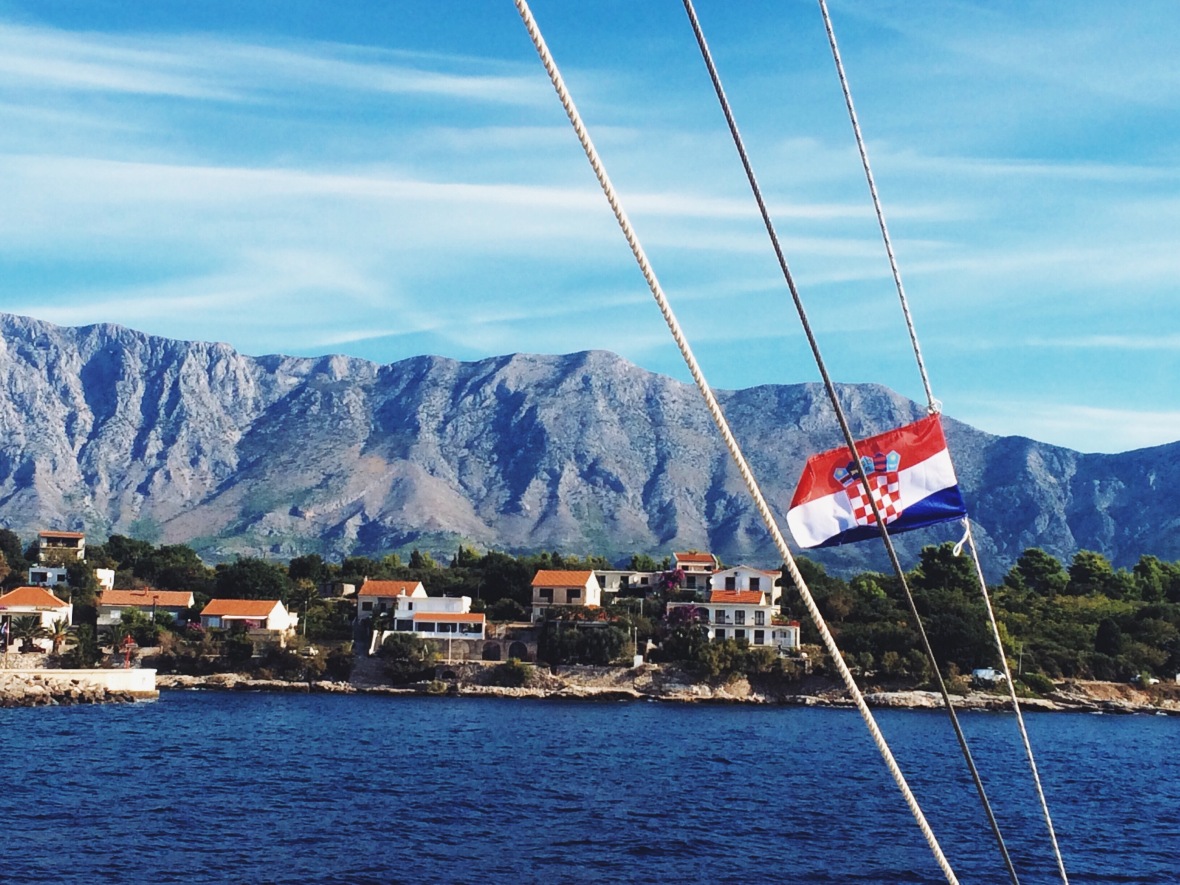 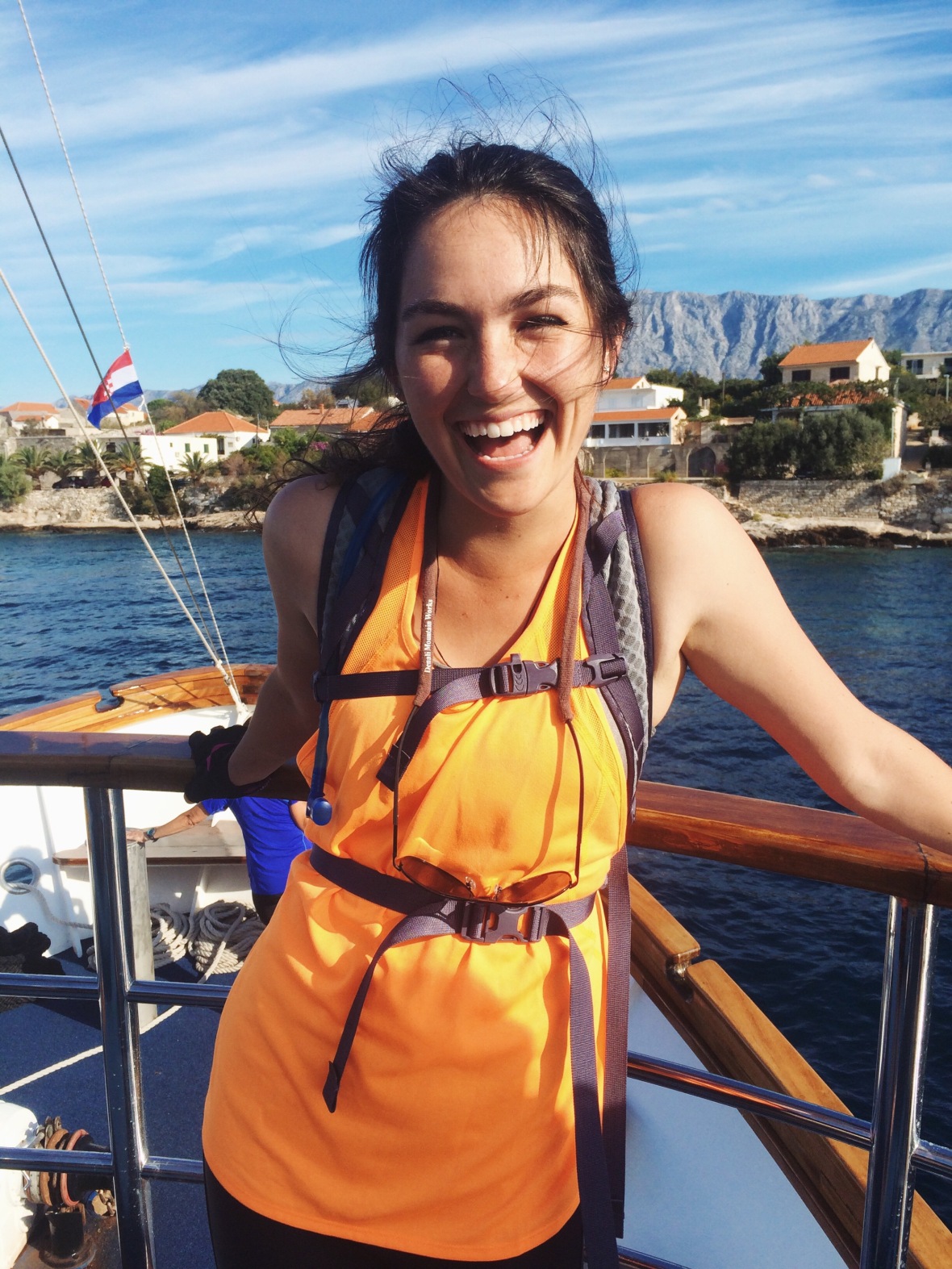 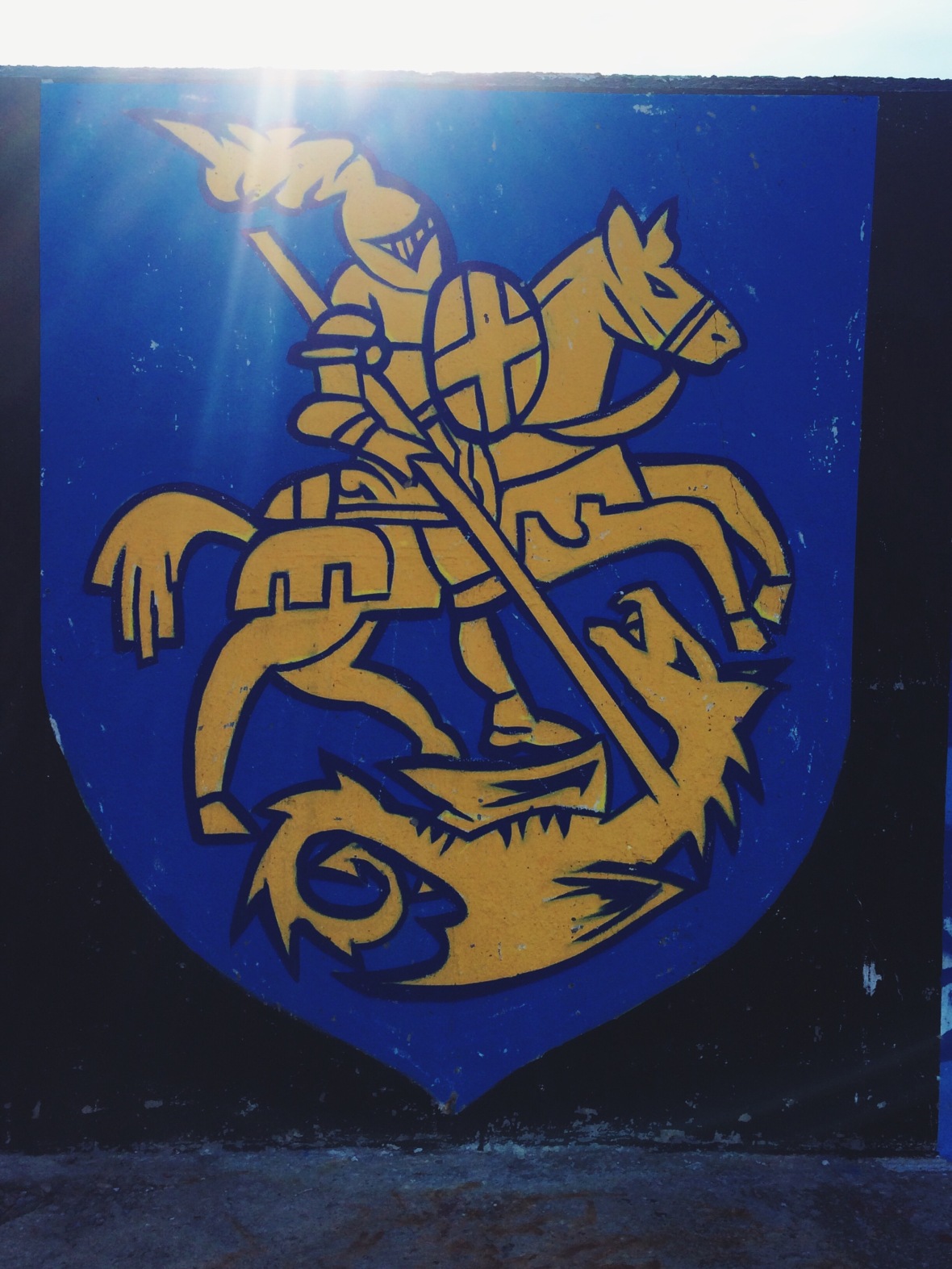 It was then time for our 20 miles! It was honestly pretty easy. After a few miles of hills, we started seeing the ocean on both sides of the road: we were officially on the “backbone” of Hvar. 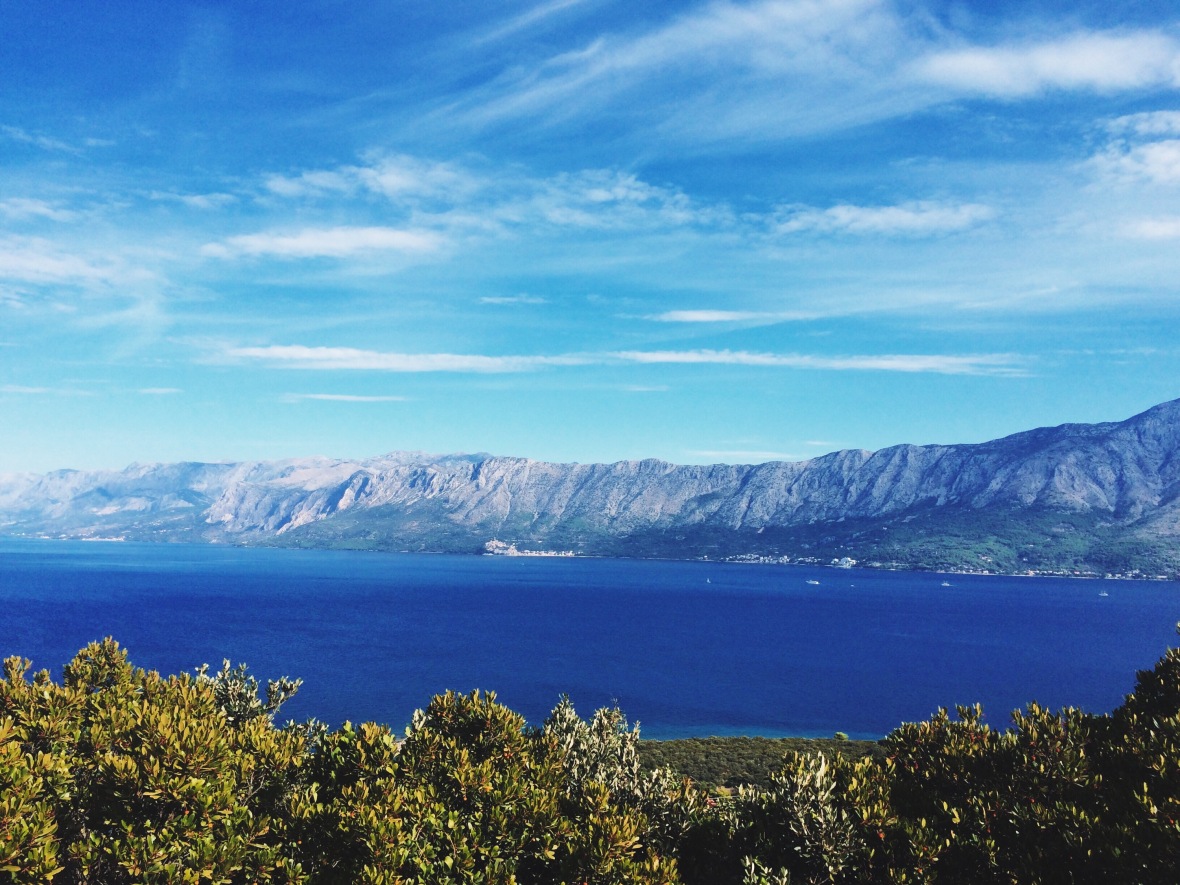 At one of the villages, Bogomolje, I bought an adorable lavender ornament from a local man who had set up his shop next to the road. Man does she smell WONDERFUL! 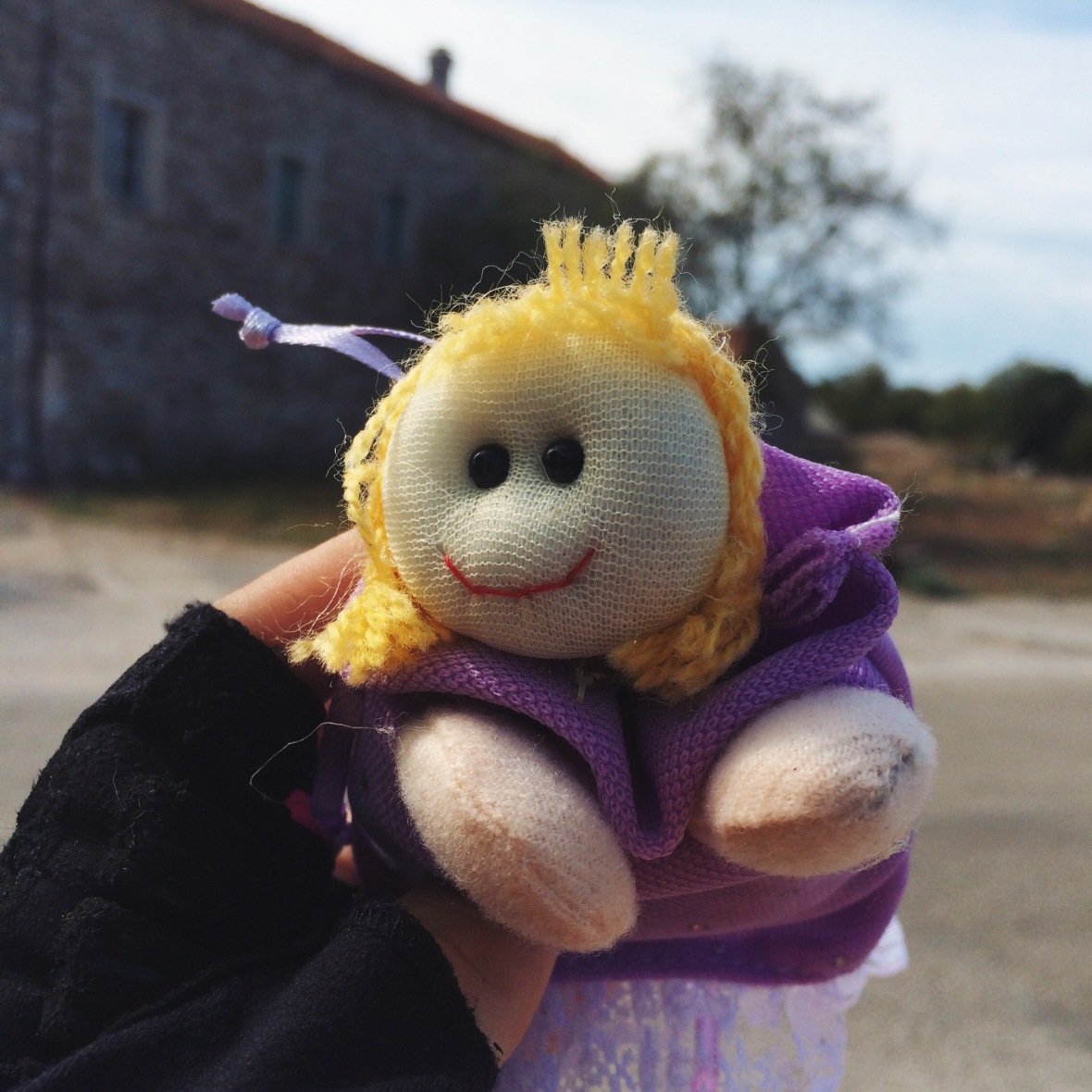 It was then undulating up and down until we headed down into the bay of Pokrivénik. Probably one of the most beautiful places I have ever seen. 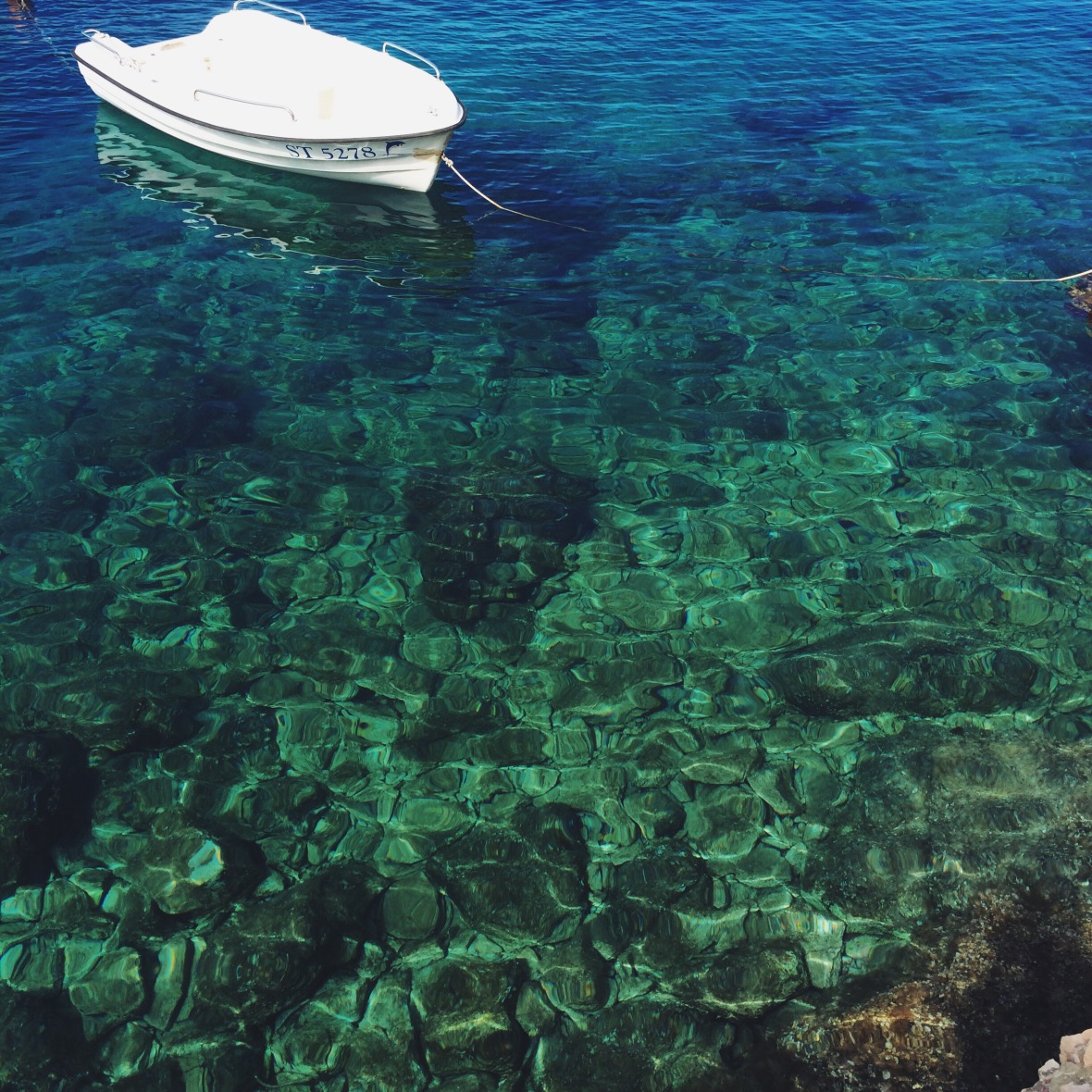 It was once again time for lunch, but not before a swim and a 30 ft jump from the top of the Azimut with Nancy!  We then boated to the island of Brač. This was my favorite city to come into for whatever reason, and maybe it was because of all the amazing architecture and the color of the stone known as “veselje,” which is beautiful and white. 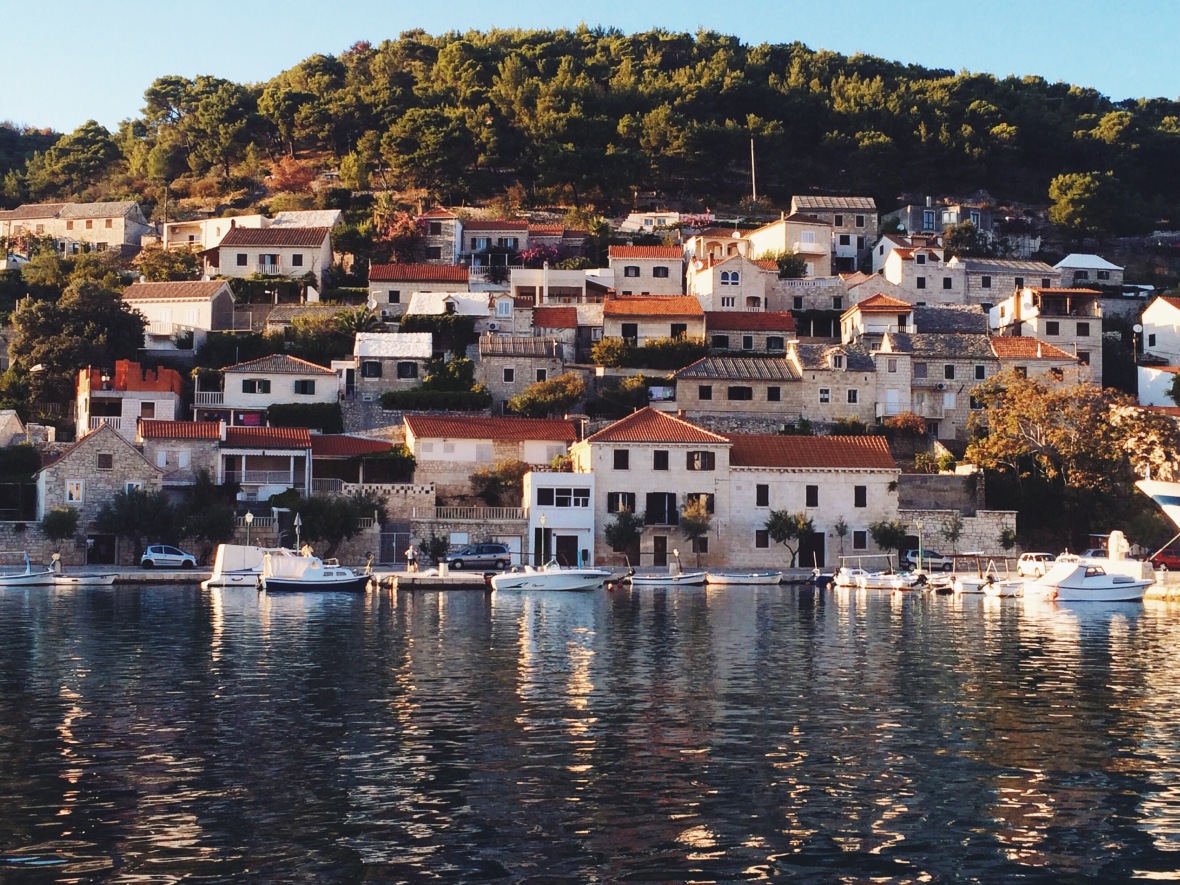 Right after arriving in the port of Pučišća, we had the amazing opportunity to tour of the Stonemason School. The professor was gracious enough to talk with us for a half hour and show us the school, even though I don’t know how happy he really was about it. The island of Brač is known for its stone, and it has been mined here and used for sculpture for centuries. In 1909, the school was founded. Student housing was built to accommodate 56 students and has been occupied every year since 1956. Both men and women have gone through the school, with the classes being 50/50 men to women until recent years. Each year, 2 classes of 25 students go through the program; either attending 3 years to become a “stonemason” or 4 years to become a “stonesman technition.” The curriculum is very strenuous. You must be an exemplary student to be admitted to the school, and achieve good scores on your tests once admitted. Once you begin sculpting, you have only a millimeter of working room between passing and failing. The work they do here is first class, and their works include many famous pieces of architecture including the White House, many historical sites around Croatia, and they also do reconstruction of ancient Roman and Greek art all over the world. I was enthralled with this short tour and would HIGHLY recommend it as something to do if you have time in Croatia. 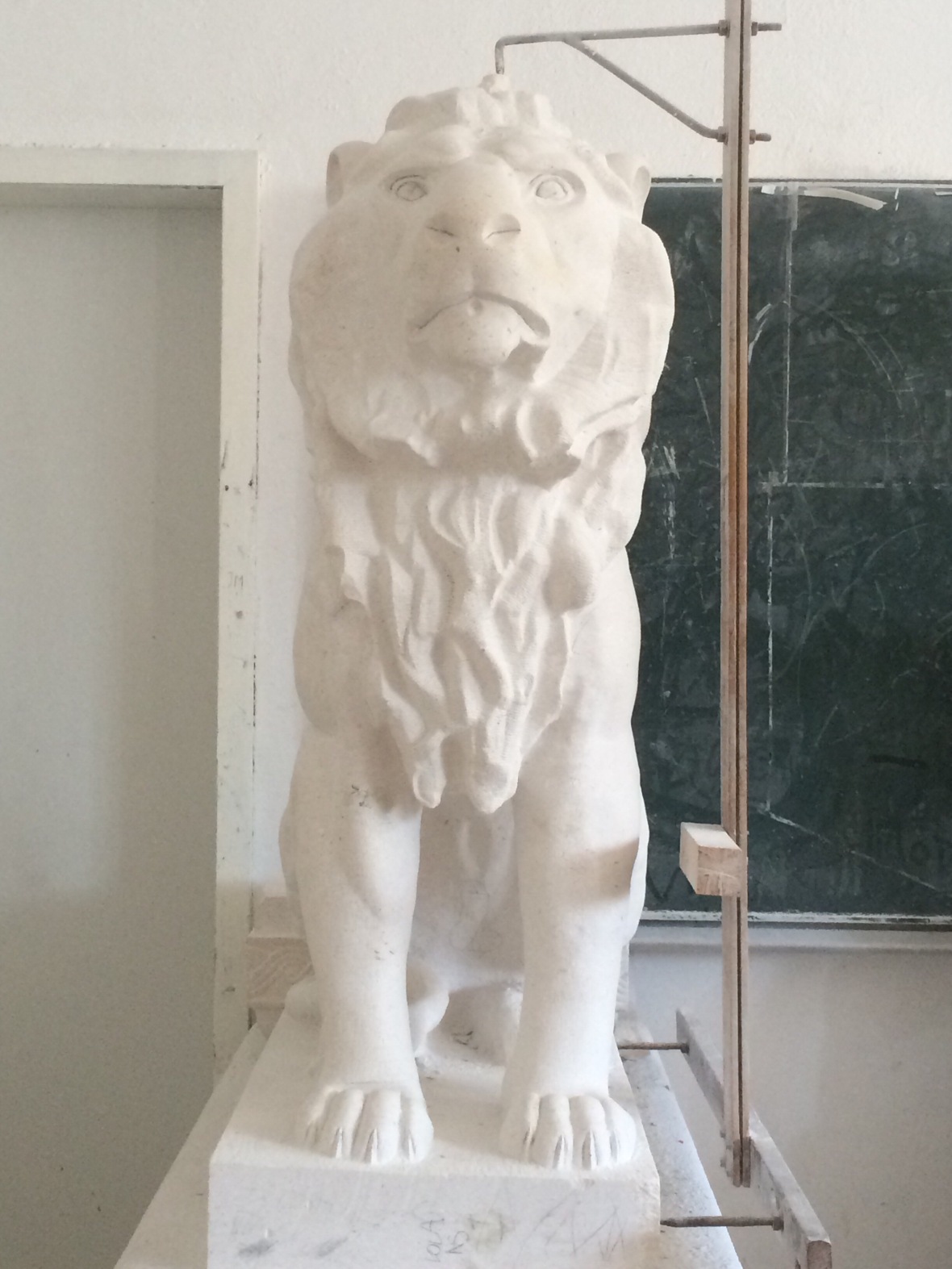 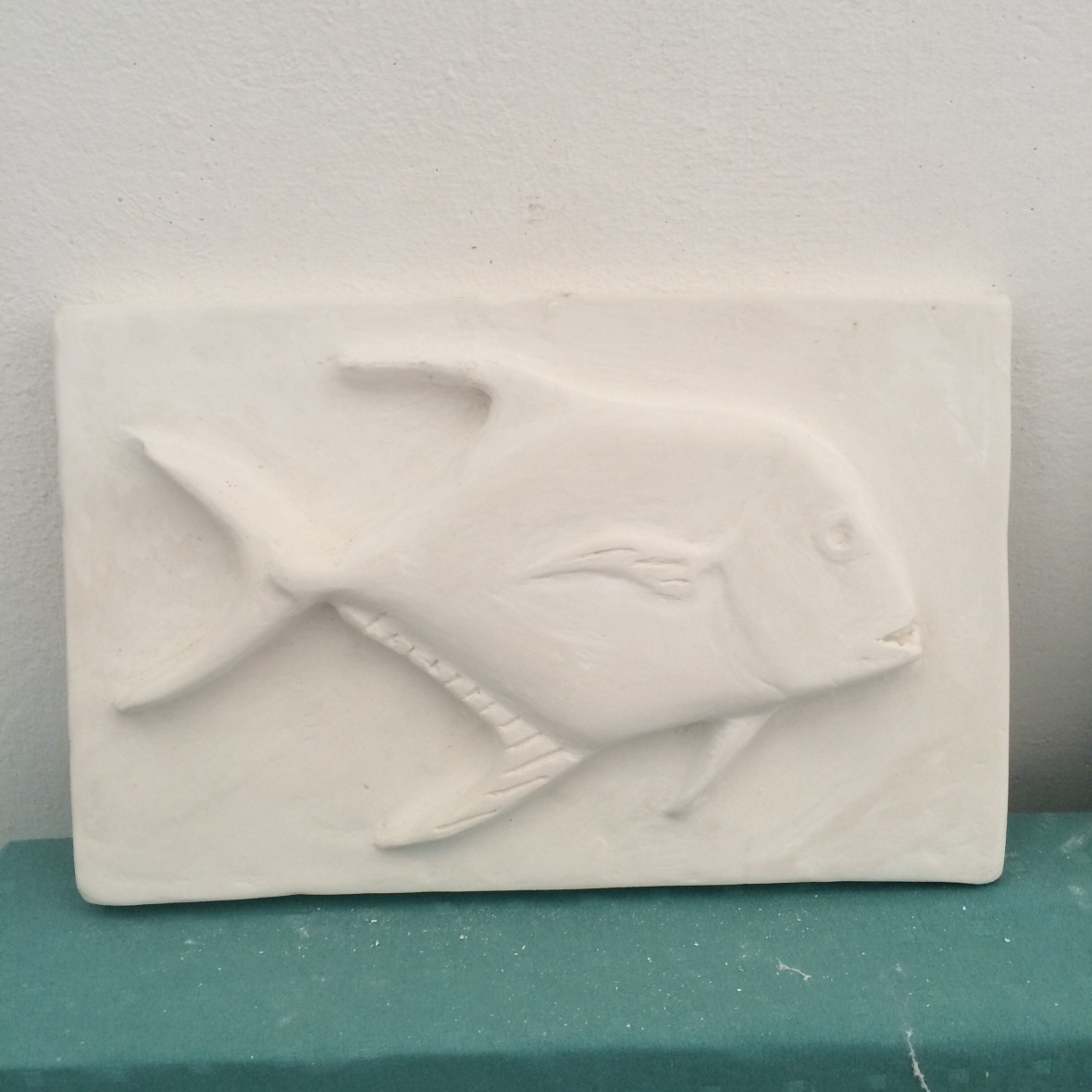 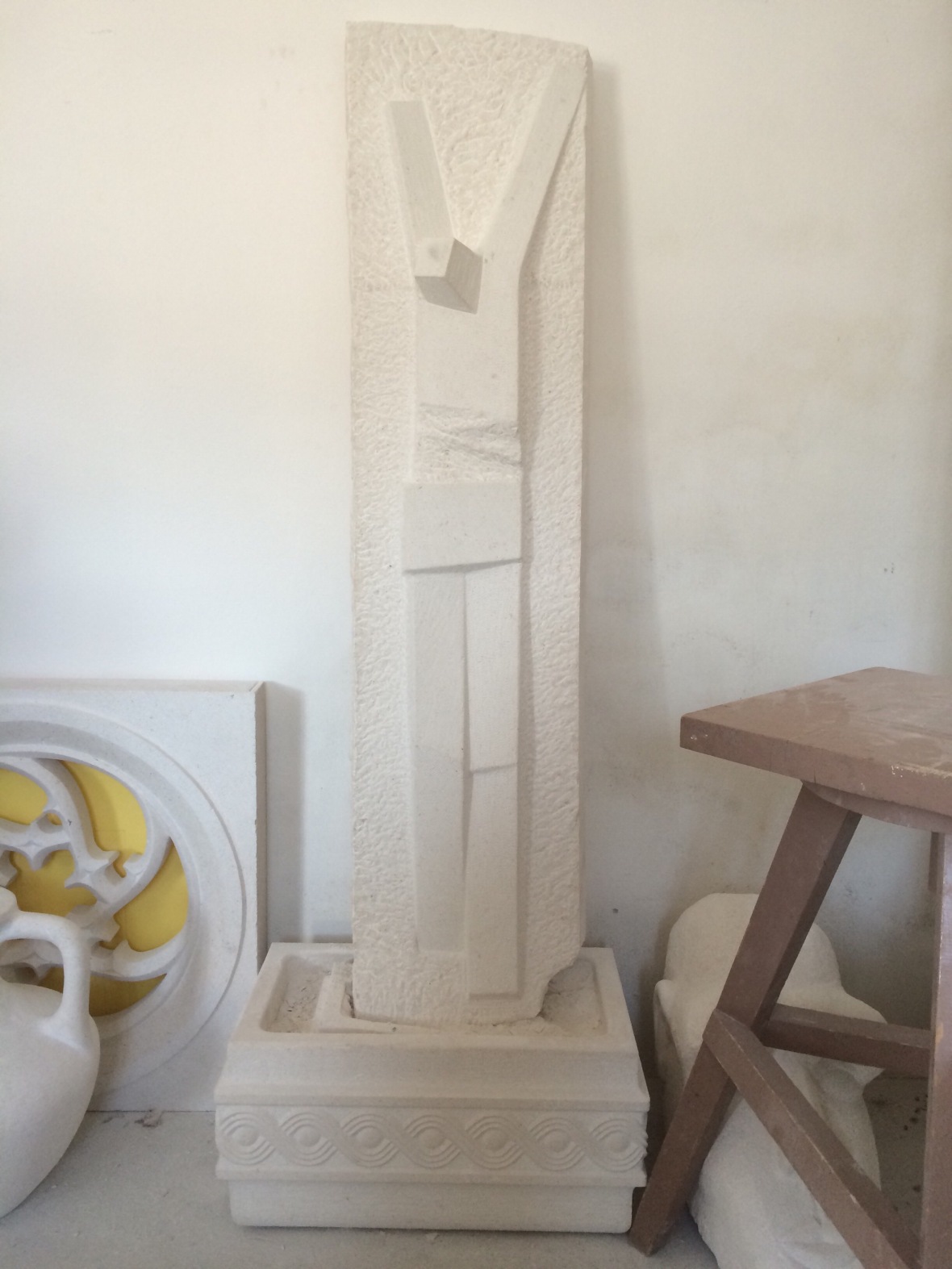 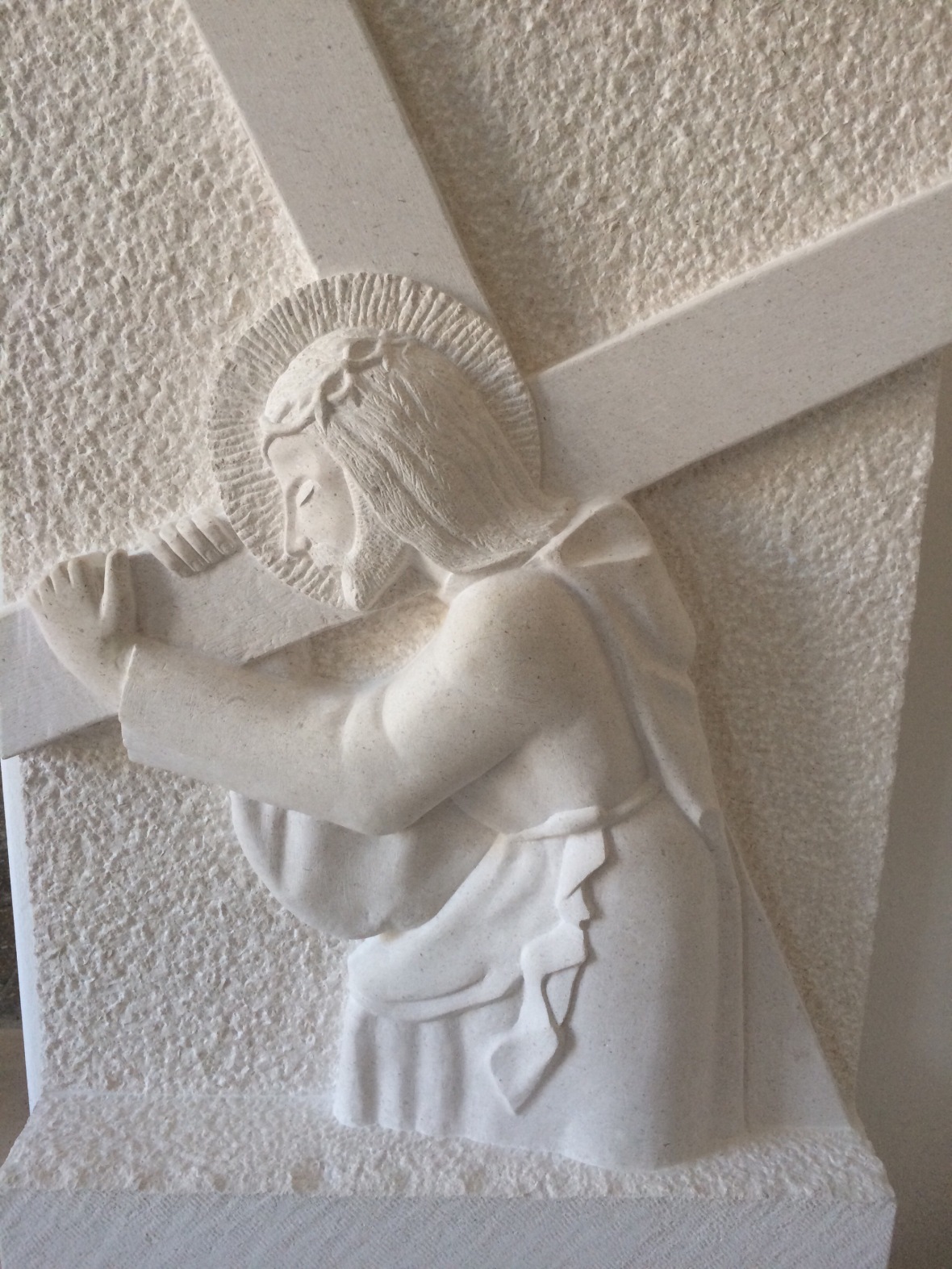 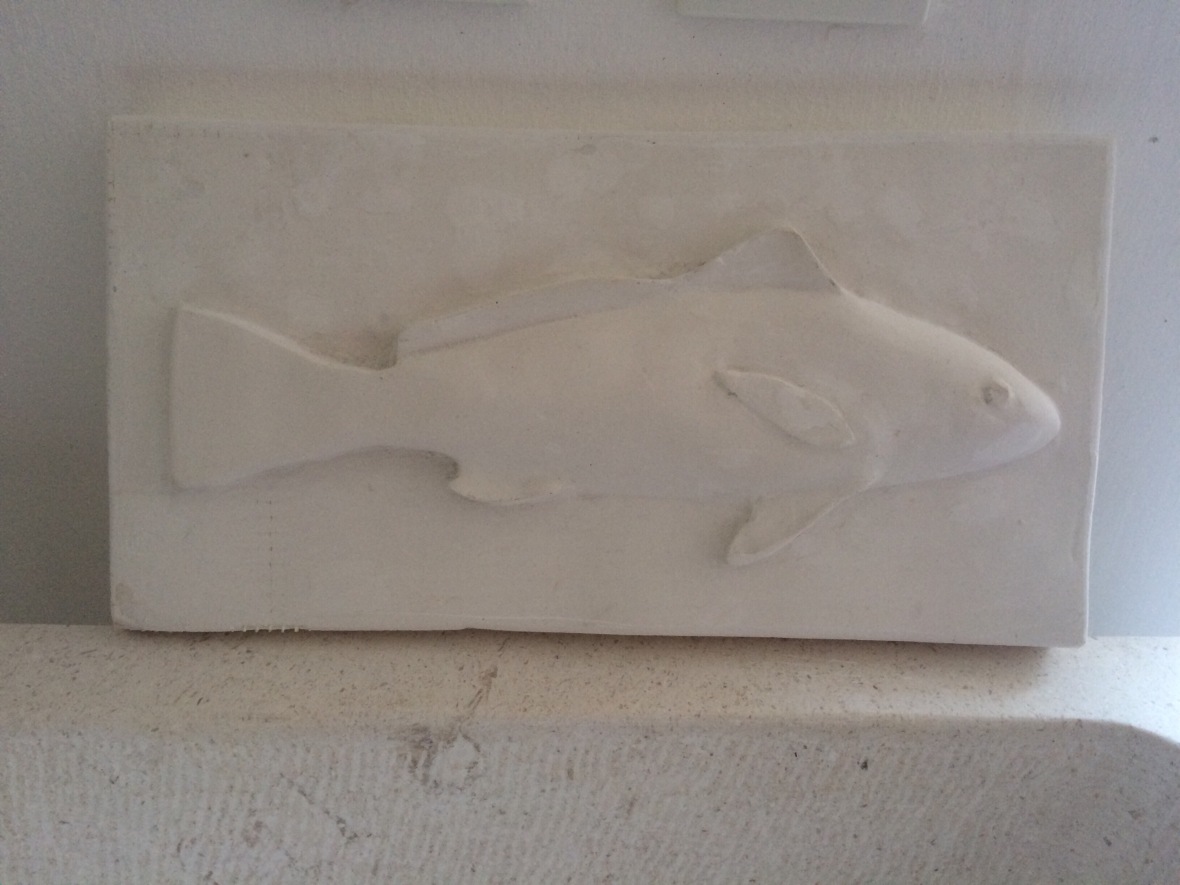 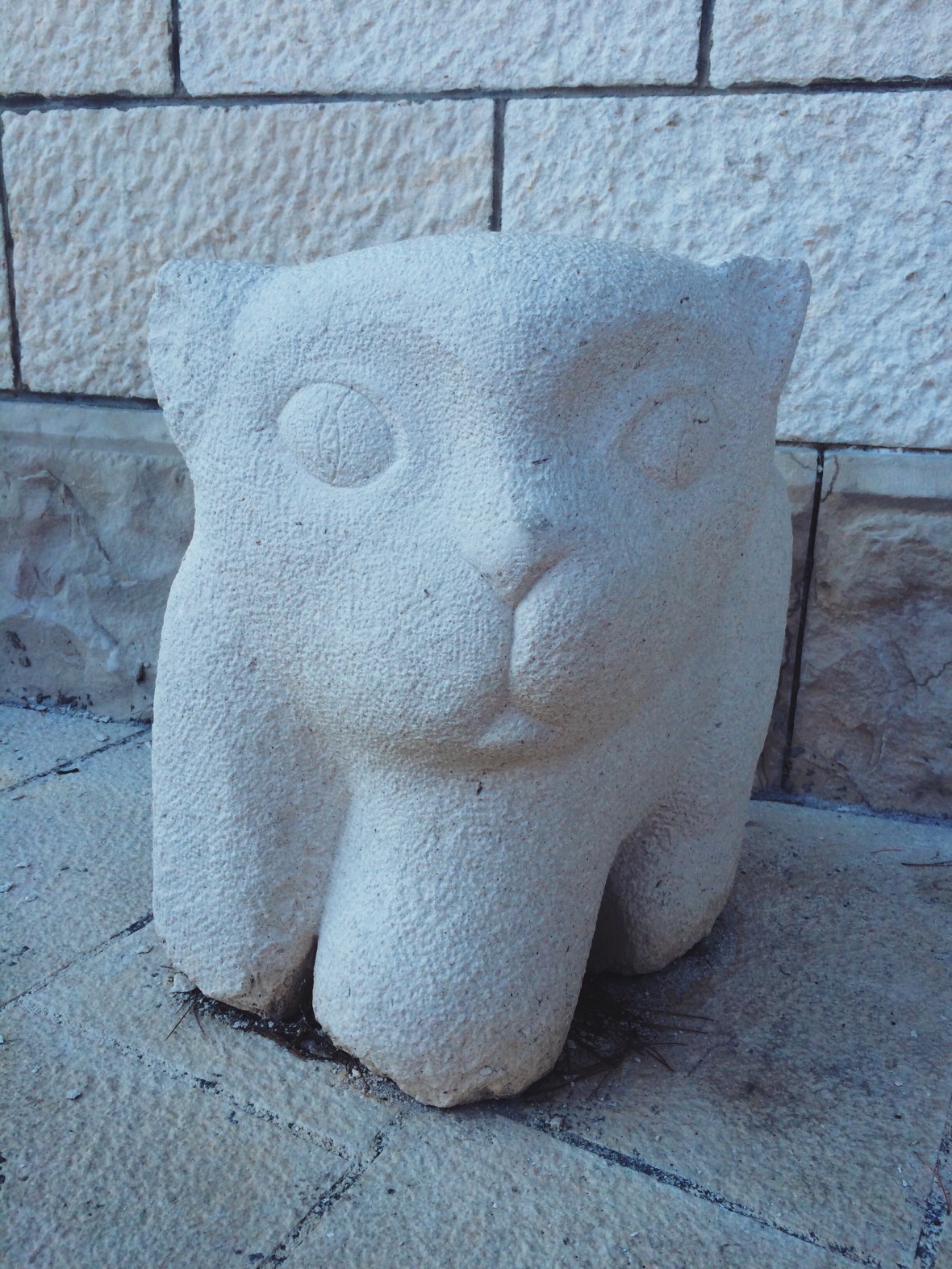 We spent the rest of our evening walking the city streets, shopping, and eventually having a glass of wine all together at a local restaurant. It was then time for a scrumptious dinner that started off with with a platter full of muscles. My heart is happy (: 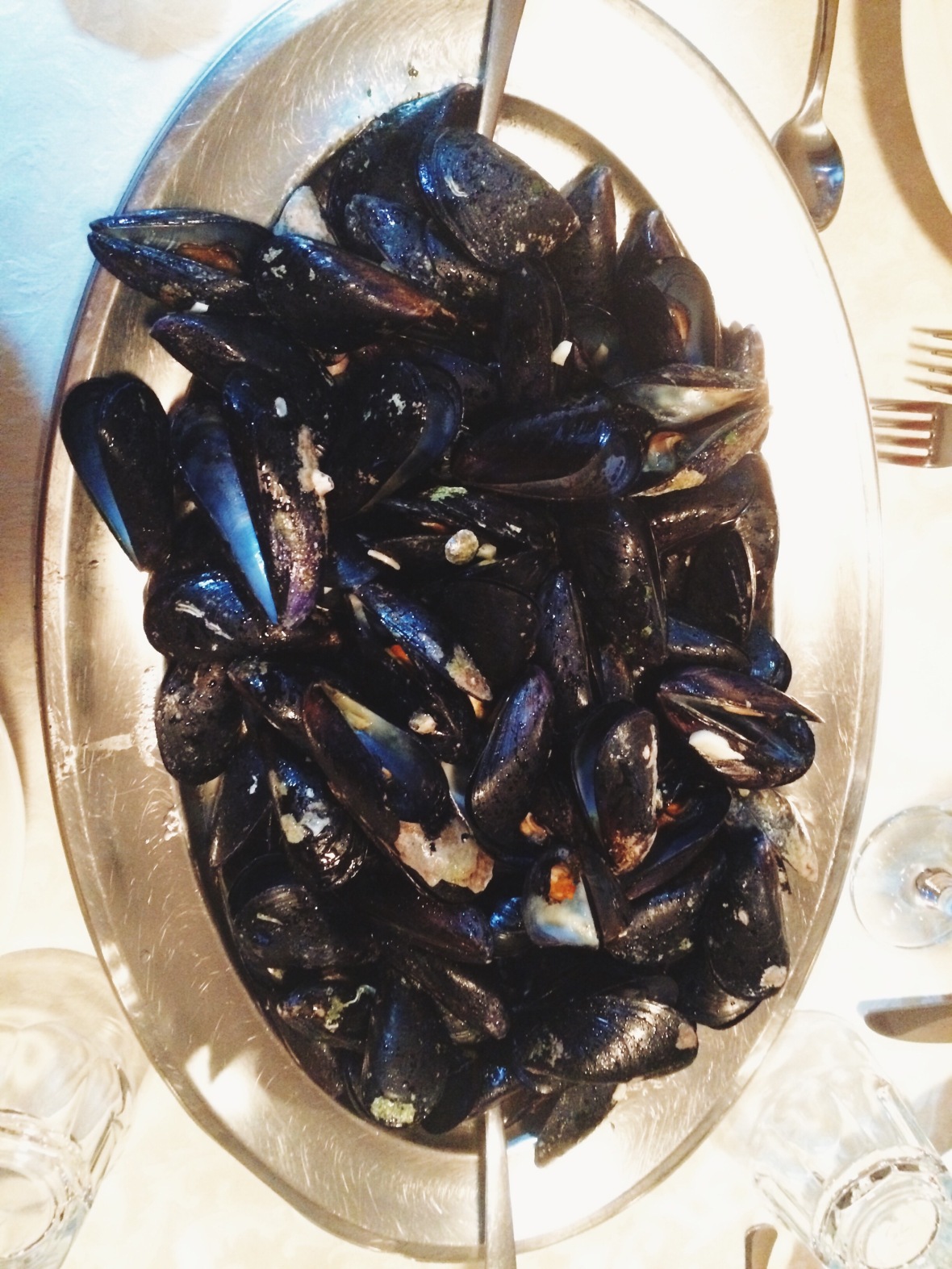